Just because you gave your e-waste to a recycler doesn’t mean it was actually recycled, according to the Basel Action Network’s (BAN) e-Trash Transparency Project.

In partnership with MIT, BAN, an industry watchdog group, placed GPS tracking devices inside of 205 pieces of e-waste like CRT television, printers, and LCD screens. The e-waste was supposed to be recycled safely, however a large chunk of it ended up overseas in what are essentially e-waste junkyards. 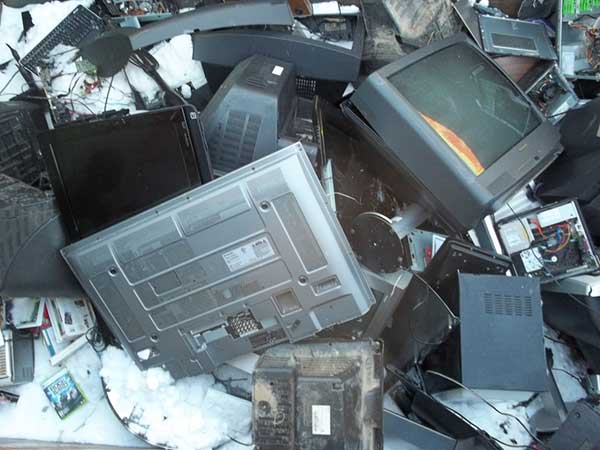 The report shows that around 40% of the donated e-waste found itself in foreign countries, often passing through the hands of supposed recyclers on their way to their destination.

It is expensive to recycle e-waste which has led many scam recyclers to collect e-waste from businesses and organizations at little to know charge. They then ship the e-waste overseas for a small profit. There it’s dumped into the e-waste junkyards where low-wage workers must sift through the equipment for the relatively valuable resources left inside. Real, environmentally sustainable electronic recycling can be profitable; however, the sale of recycled materials rarely, if ever, covers the actual cost of recycling in the United States. 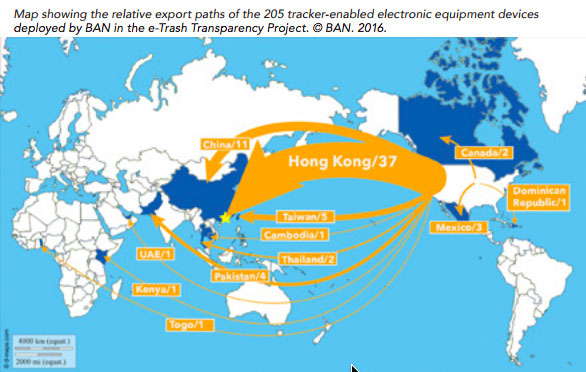 This is dangerous for several reasons. Primarily, e-waste is filled with harmful toxins like arsenic, mercury, and lead. The low-wage junkyard workers are paid as little as $0.60 per hour and become exposed to the toxins when digging through and breaking down the electronic equipment. In places like Hong Kong, “New Territories” emerge, described by BAN as “furniture factories, scaffolding vendors, large metal fabrication, auto and bus body workshops, illegal gasoline vendors, a great deal of general import and export staging, and a very high percentage of electronics junkyards.” A truly astonishing amount of the e-waste found in these New Territories has come from the United States.

So, what can be done about this? E-Stewards® and BAN have already announced that they’re going to continue the GPS tracking program in order to deter further dumping…but there’s also something businesses and organizations can do. Remember that recycling e-waste is expensive. Therefore, be aware of recyclers offering to pick-up and recycle your e-waste free of charge.

As BAN puts it, “Real, environmentally sustainable electronics recycling can be profitable; the sale of recycled materials rarely, if ever, covers the actual cost of recycling in the United States.”

4th Bin is proud to be an e-Steward certified recycler. We have pledged to never illegally ship your organization’s e-waste overseas to these junkyards and New Territories. In the current age of precarious cyber security, it’s more important now than ever to have your e-waste recycled responsibly.